Leather shoes that I like to wear with one of the most jeans, Red Wing Shoes, are American shoes. With a history of over a hundred years And American soldiers have worn through the world war both times Is a shoe that still retains the traditional manufacturing technology without much change Combined with good machinery So we get Red Wing Shoes for us to wear.

Mossy Oak's dry leaf camouflage pattern. In the pine forest at the leaf salad Which you can find in The beautiful Minnesota Minnesota. This was sewn into boots by Red Wing Shoes in the United States. The Red Wing shoes 8884 that are so eye-catching. Because of this model Will have a pattern that is not the same, even the good side It is a specific pattern for that side. So we have 1 pair. The pattern is not the same. See, it's very special. 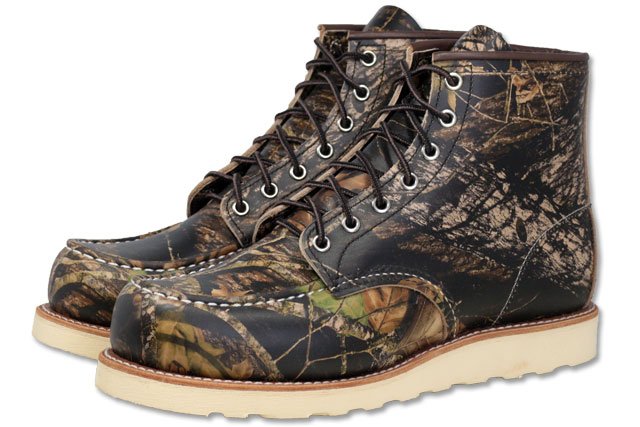 In fact, the Red Wing used to produce shoes that have camouflage patterns on Mossy Oak leaves like this before 2003 in the Red Wing 8150 model and produced in a limited amount. As far as I know, there are only 150 pairs in the world at the present time. Not to mention the price. Because it was spinning with the market mechanism Therefore making it much more expensive than the price originally sold Became a rare shoe for collectors. 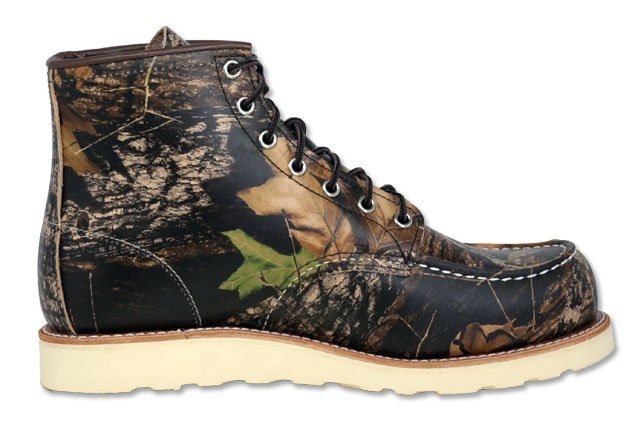 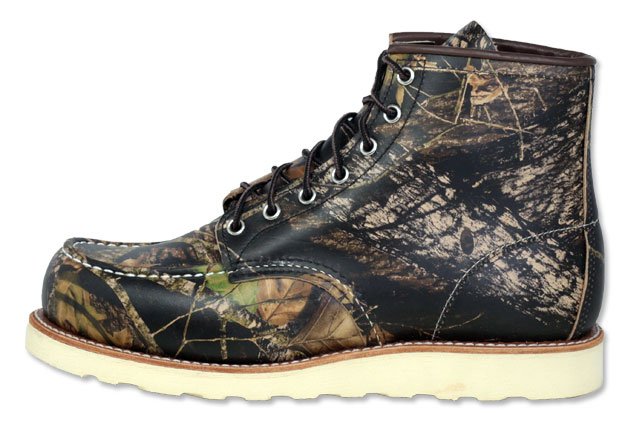 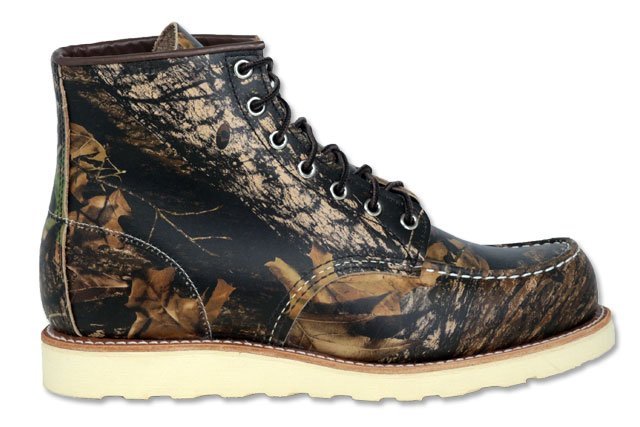 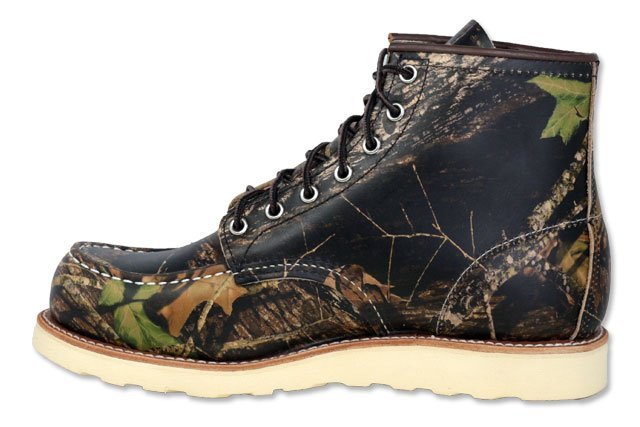 Therefore bringing the image to everyone to see in detail Every corner and every corner, the work of Red Wing shoes 8884 is beautiful. And how interesting it is that both sides have camouflage patterns that are not the same.

The shape of the shoe Red Wing shoes 8884, also known as the mock master. The crimping head has a 6-inch height. The white Traction Tred floor is a popular style that makes Red Wing Shoes remain to this day. Moc Toe classic style inspired by the Moccasin shoes of the native Algonkin tribe of the Indians.

Red Wing Shoes 8884, behind the scenes of this dry leaf camouflage design For hunters in Central America especially. In order to be a shoe that will harmonize with the state of Minnesota's autumn forest. Red Wing shoes 8884 Moc Toe Mossy will blend in with the environment. And camouflage well. Very suitable for ambush hunting. Although I never liked hunting but I can't help but like the beauty of this natural dry leaf pattern. It makes our shoes stand out if you wear to walk in the city or in the mall. It will be very compatible if being worn to walk in the forest.

The surface of the Red Wing 8884 shoe is a smooth surface that passes through the leather production process at the factory S.B tanning shoes outside the city. This tannery has the ability to tanning the dry leaf camouflage for the hunter. This camouflage pattern is considered a copyright of this factory. 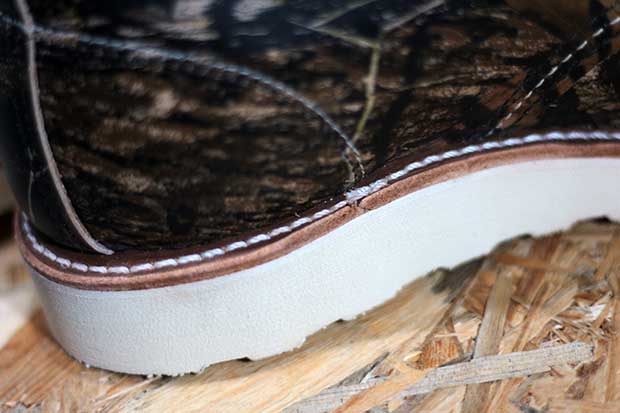 Red Wing shoes 8884 of the floor. Notice that there are 3 floors. The leather covering the foot is a brown wood floor. Good considerations will see the joints of the wood. Red Wing shoes caused by traditional production, not caused by mistakes Many people are uncomfortable and believe that it is a mistake. Because the shoes are expensive, which should not have this kind of like. In fact, if I bought the Red Wing shoes and didn't see this point I am more uneasy. Because it is possible that it may not be genuine. 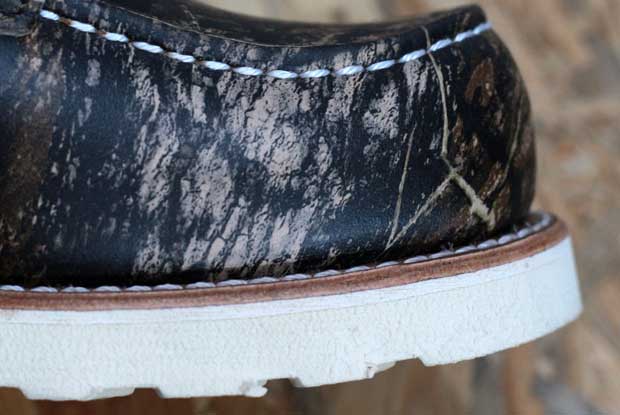 The next floor is a white rubber floor. Being sewn to the wooden floor with a beautiful white yarn. The yarn that is sewn must have the same spacing, the distance of the line is beautiful and delicate. The size of the yarn is fairly large. Good to observe. It will look like the yarn is coated with some substance. Looks stiff and slightly shiny. 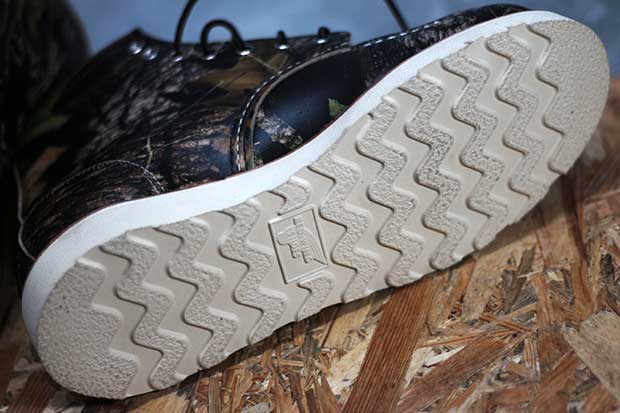 The third floor, the last floor that touches the floor White Traction Tred Crepe Material. Giving a soft, comfortable foot every step. This floor will be attached with good adhesives, durable. Not easy to fall off This part should be reserved for changing the floor. Under the floor of the Red Wing shoes is a wave pattern. Or serrated To reduce the adhesion of mud and dirt. When we enter the forest The surface of the pattern will have a rough, uneven blister. The center has a square frame and a Red Wing logo. For the edge of the soles of the shoe, the scratched surface can be seen with a grinding machine so that the smoothness is always the same, beautiful and classic. Stitching the soles of the shoes of Red Wing 8884 is a Goodyear stitching that provides firmness and durability. 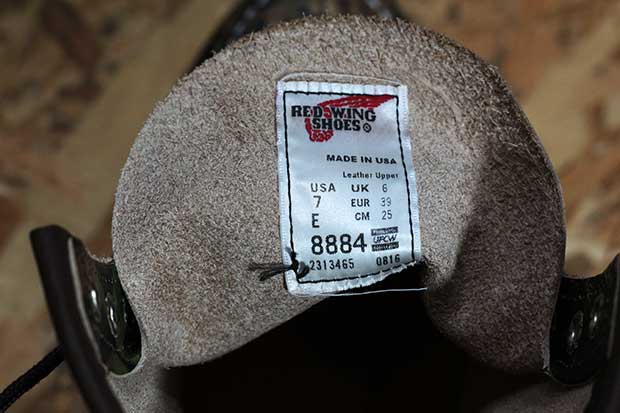 The shoe tongue of Red Wing 8884 is sewn with shoes that cannot be opened until the end.This will make wearing a little more difficult at first. The wearer will know how to wear easily by himself.The surface of the outer shoe tongue has a camouflage pattern.If the Red Wing 8150 is the first version of the dry leaf camouflage, this point is another different point because the Red Wing 8150 has a dark brown shoe tongue. The size tag is sewn on the inside of the shoe tongue. Will have the Red Wing shoe logo and model 8884, the size of the shoe 7E and specify the year of production, that is 08 months of 2016. 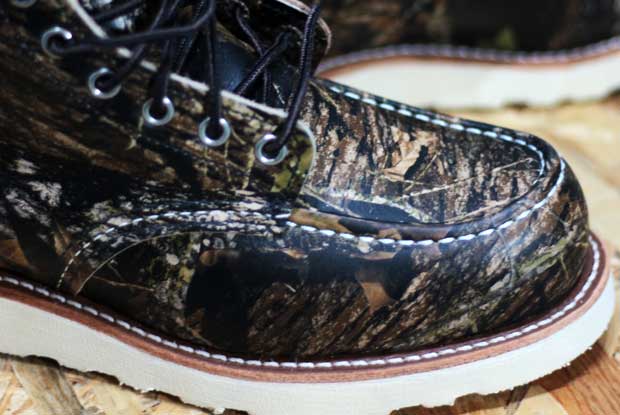 Shoe eyelet is silver. Made from nickel-plated brass. If the Red Wing is 8150, the eyelet is dark black. 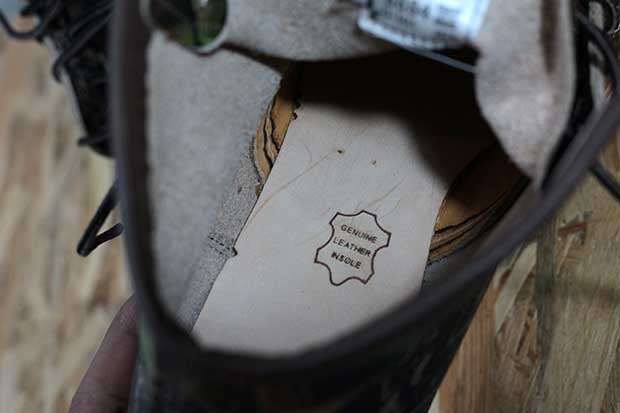 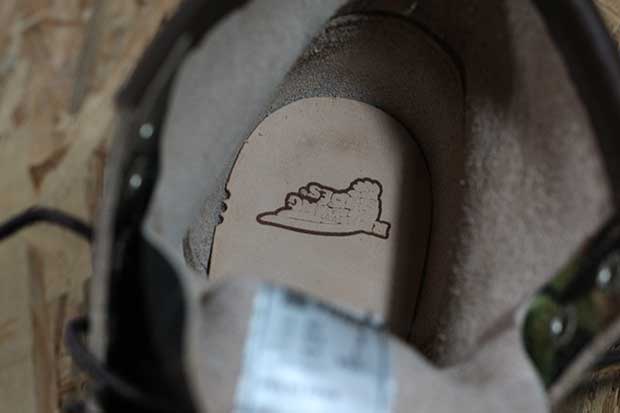 The wooden floor in the shoe has the trademark of Red Wing shoes beautifully carved with laser. 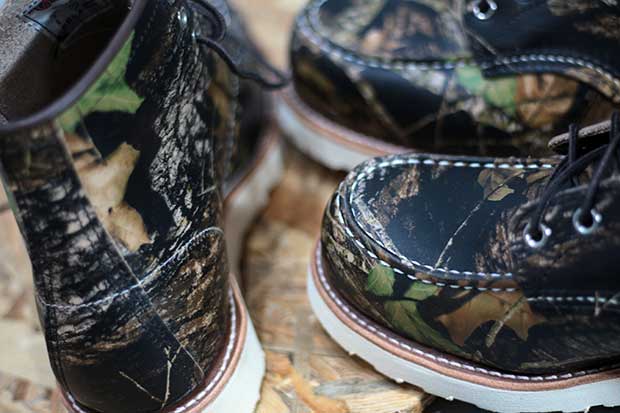 For values And the purchase of Red Wing 8884 shoes for any benefit Most people will choose to dry the camouflage pattern. With green leaves mixed over the number of other pairs Because the green color of the leaves will make the Red Wing 8884 pair look more prominent than the other pair. But then, yes, we found the green leaf pattern as we wanted. And the most important aspect of choosing to buy Red Wing 8884 shoes is the right size And you can wear and feel the most comfortable feet.